Play video: Ebiye reminisces on her uni interview experience, and shares her tips for what you can do too!

Hey guys, it's Beedie, the channel is Miss Beedie. This video is sponsored by Healthjobs.co.uk.

In this video, I'm going to go over my optometry uni interview experience and I'm gonna give you guys some tips for any interviews that you have coming up as well.

So this actually happened a while ago, so bear with me!

From what I can remember, when you first got there they had like everyone in one of the lecture rooms.

They had a little speech talking about the course and the years and blah blah blah, and I remember them advising us to move out and make sure that we lived on campus, which obviously was my only option because I'm from London and I went to Manchester; I remember that really clearly, I don’t know why.

You're there with your parents and everyone's with their parents and then you're kind of just like scoping like ‘wow, all these people…’ you know that kind of thing!

Looking for jobs in optometry?

Jobs for opticians and ophthalmologist currently available on this site.

A couple of tips for the interviews

Make sure you KNOW your personal statement

The first one is to know your personal statement.

So, obviously in order for you to get to the interview stage, they read your personal statement, they liked it, they're a bit intrigued, and they want to know more.

From what I remember, the lady that I was with, she was going through my personal statement while I was there and just asking me questions.

So, number one: don't get someone else to write it. Write it yourself!

Number two: don't lie because it's awkward, you’re trying to defend lies and they’re just sat there looking at you!

Tip number two, I would say remember ‘your why’.

So when you go there just be yourself.

Be yourself, and if they don't like it then cool.

Have an early night the night before

A pretty basic one, just make sure you're well rested the day before the interview, and if you're going to be travelling far maybe drive up the night before and make sure you have an early night.

And the last tip that I have is about extra reading.

So I mean obviously there's a limited amount of stuff you're gonna know, but maybe if you can find an article about maybe something that's happening in optometry, like in the news.

They might think, ‘okay cool, this person is a very serious candidate’.

I remember I bought this book, I don't even know where it is!

It was about like neuroscience, and in the personal statement I was like, ‘oh yeah, I've been reading a little bit of this book’ and then she asked me about the book and then she was just kind of like... no.

I said ‘I read a little bit of it, it was really interesting’ and she was just looking at me like, no you didn't!

But I still got into that uni!

I think the best thing to do is try and find out what’s going on in optometry in the media at the moment, and just read something on that.

Then have that to say because it will show that you’re really interested in the career, in an optometry job and how it pertains to life. 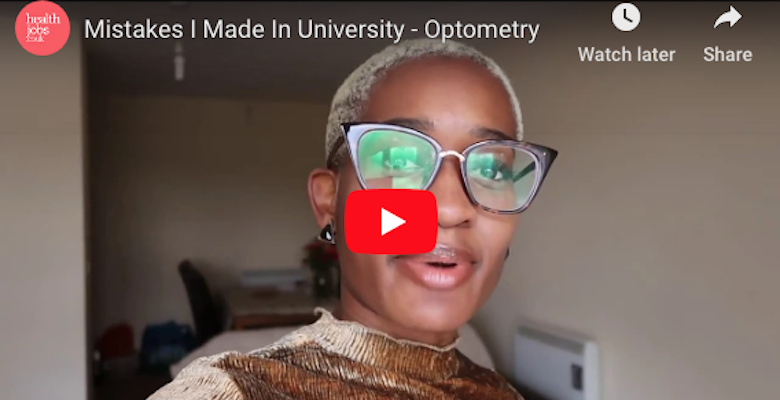 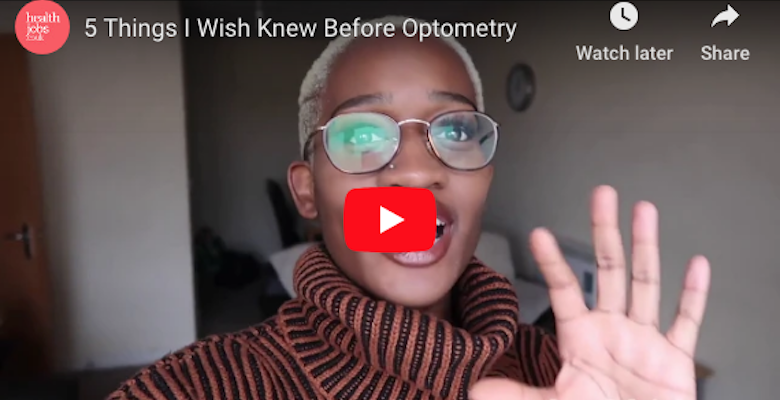